Tips from Experts: 7 Ways to Lower Big Egos in Teamwork

Why we often turn to fight-or-flight mechanism or feel safer to freeze if someone disagrees with us? Why we usually attack or defend instead of to communicate effectively when confronted with different beliefs? It’s not hard to guess that ego has responsibility for these natural responses to the environment. Although consequences might be different, big ego usually produces negative outcome both to relationships with people and work results when accompanied with habits produced by bad ego.

So what are the ways to express ourselves without insulting others when confronted with disagreements? How can we keep ego under control to ensure our conversations don’t get toxic?

Read on to learn how productive teams manage to behave adequately when confronted with conflicting opinions, acknowledge other standpoints with respect, maintain healthy communication habits without attack or defense, and eventually sustain a high level of motivation and engagement toward goals.

How productive teams get the bad ego out of their way?

Every human being has different values and beliefs, attitudes and norms. There is no formula to heal troubled relationships or improve communication manners. However, there are some general behavioral habits practiced by high achieving teams when collaborating with other people that help them keep the big ego under control:

Ego is inevitable. It's part of human nature. Thus, since we are conditioned to it, we must learn how to differentiate good from bad ego in order to resist natural responses coming out of bad ego. We need to learn how to embrace behavior produced by good ego. Before we dive deeper into the ego management practiced by high achievers, let’s first become aware of the differences between good and bad ego and the outcome of each.

Productive teams know that assertiveness comes out of good ego, while aggressiveness and passiveness are products of bad ego. The key to assertiveness is confidence in your beliefs and respect toward others’: defend and support yourself with real arguments, but listen to another side with genuine respect and understanding.

If you take a closer look at the word “team”, you’ll see little “m” and “e” hiding there. Try turning around “m” into “w” and get “we” instead of “me”. Joke aside, as we’ve already learned, ego is unavoidable, and even healthy to some level. So it’s not whether we have e an o or not, but rather how we use it in relationships with others.

Productive teams understand that their team is one entity which should breathe as one. They treat their team as a complete individual, while people forming it are only parts of that unity. Of course, they don’t diminish the importance of each member’s individuality and respect differences, but then tend not to separate themselves and others with rewards or blames.

Humans often feel jeopardized when verbally attacked or provoked in some way. Thus, a natural response to these conditions make us either cover-up or defend when confronted with disagreements.

Productive teams understand that this behavior is not helping them in problem resolution and only kills productivity and possibility of achieving desired results. They open-up and share their thoughts with their team member and admit mistakes if proven they were wrong. Strong focus on the common goal instead of getting personal and letting the ego get hurt is the secret that lies behind great achievements of those teams.

Healthy ego serves to resolve conflicts, to nurture cooperation and mutual respect, to encourage solidarity and contribute to overall team success, while bad ego put us in fight-or-flight, finger-pointing and blaming mode, destroys cohesiveness and is often destructive. This is the key that differentiates high performing team from a group of people working together.

Productive teams know that confidence is a product of good ego, while arrogance comes out of bad ego. The leaders of high achievers educate their employees about these distinctions and the impact the two egos can have on the whole team and eventually results of their work.

Disagreements should bring us a new perspective, move us closer to the solution, clear up misunderstandings, and not create another problem or conflict among team members.

Productive teams don’t allow themselves to get personal. They are aware that other people are coming from different standpoints. Something that seems logical to one person doesn’t necessarily mean it’s logical to others. High achievers don’t spend time and energy on trying to be right and making others feel wrong, but rather focus on the ways which will get the whole team closer to the solution or problem resolution.

Even though it may have less damaging consequences, but interruption is also an expression of a bad ego. Our own experience is all we’ve got, so it’s natural to recognize ourselves in other people’s stories. As a result, it often feels tempting to jump in and interrupt with our own thoughts when other people are talking. Although unconsciously, we want to take over the conversation and be the center of attention.

Productive teams are aware of this human condition and know that this behavior seems disrespectful. They practice listening skills by focusing on the words that other person is saying. They genuinely put themselves in their shoes, and not just keep quiet, wait for them to finish to start talking. By doing this, you can get surprised how many times your judgment or belief was wrong without even noticing it. However, high achievers understand that the final goal is not about them being right or winning the argument, but rather communicate effectively and respectfully.

Conflicts happen. We can’t avoid them. It’s completely acceptable to disagree and even healthy because it helps us see other standpoints and approaches to a problem. The key to getting through conflict and maintaining healthy communication manners at the same time is knowing resolve to conflicts in the right way. 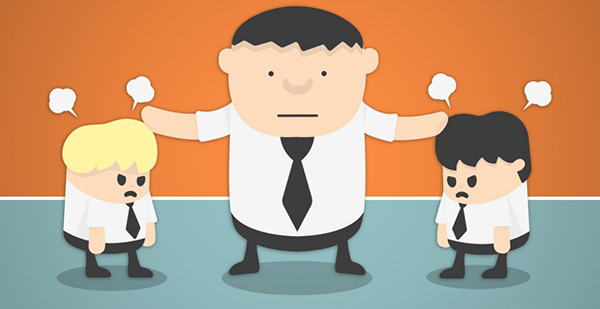 As already mentioned, productive teams make sure not to get personal and tend to respect each other’s opinion. They understand that conflicts should resolute problems and move them closer to a solution, not build walls between peers. Once this awareness gets processed by each team member, the whole team immediately starts looking at conflicts with different eyes.

Ego is a natural state of human being and not a bad thing at all. We can’t change what we innately are. So, instead of trying to suppress it, start using it to your advantage. Become aware of the differences between good and bad ego and what outcome to expect of each. Begin applying tactics practiced by productive teams mentioned here, be a role model to your peers, and start noticing changes in your team communication, collaboration, and the overall happiness at work. 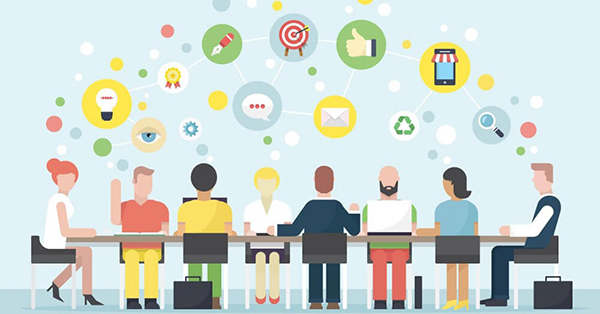 We’d love to hear your feedback!

How do you manage big ego in your business? Do you practice healthy communication habits with your team members to discourage bad ego? What are the ways you resolute conflicts in your team?

Share your thoughts with us and contribute to other teams’ success and happiness at work!

Internal communication trends, tips & best practices.
Share this post on:
Previous
Transparent Team Communication: Why and How to Embrace It
Next
8 Techniques for Goal-Oriented Communication